Did I do this right?

For EX14, I was supposed to get rid of the can_print_it function so I came up with this solution using !isdigit

Also figured out the second part of the extra credit, determining how long each argument is using strlen().

If you pass a punctuation char it will print it.

Okay, so I have some work to do or a new method to use.

Well, doing the same thing right now , since I skipped this extra when I did ex14, thx for bringing it back.
This will be awesome to redo!

I think you’re very close. Read the man page on isdigit to confirm it does what you think it does. 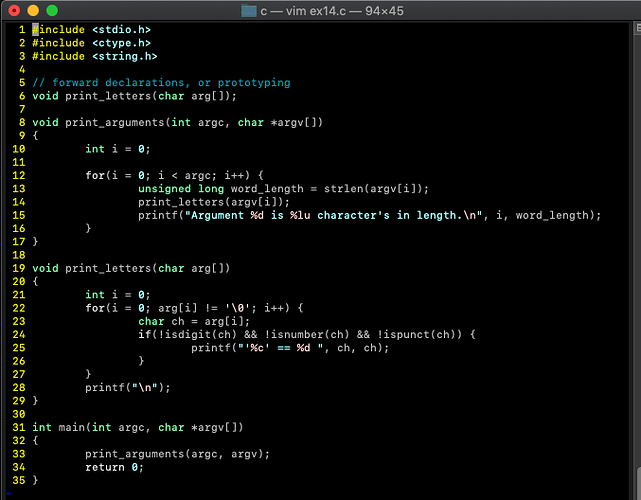 I also removed isidigit() in the final code.

EDIT: I found a bug. When I add numbers on to a word, it removes them, but doesn’t remove the length of the word with numbers in the output, so I will fix that.

I basically pulled that function inside this one. And of course I read man.