I have followed the book to a ‘T’ so far, the only difference being I am running Python 3.6.4 which hasn’t made a difference as yet. Am just getting my head around object speak etc, and I have come to

‘A Project Skeleton’ and am following the bouncing ball for WIndows 10.

Everything installs fine except when I come to ‘Activating’ it. It says ‘Running Scripts is disabled’. How do I enable it???

Answered my own question.

For anyone running Win10, the security is there to stop malicious scripts running without prior approval. Basically you have to change your execution policy to unrestricted on local machine. Well it worked for me.

Oh yeah…I think they added that recently but I didn’t have that problem because I installed before that, or I just fixed it and moved on.

However, this brings up a very good security thing that even Microsoft doesn’t get. They can do all they want to disable scripts and stop things running and yet everyone on Windows runs constantly as Administrator. As long as the current active user has total and complete control over the computer there will always be an easy way to hack your machine.

What I do (and you’ll see me do this in a lot of setup videos now) is I create an administrator user and then a non-admin user that I do all my real work in. I never log into the administrator user but instead any time admin rights are needed, windows will prompt me for that user’s password before continuing. Works about 99.9% of the time and only I’ve had a rare problem with some broken installers. Once you do this a huge number of active attacks against windows go away as they almost all rely on the user running as Administrator.

Here’s one study that confirms this: 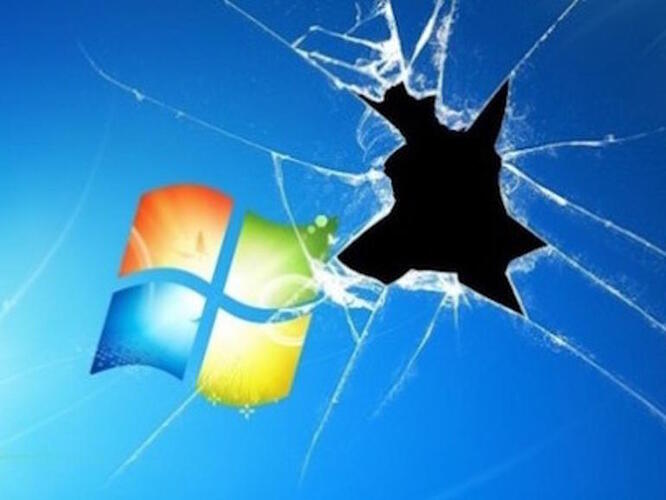 But it’s kind of just common sense. Remove administrator rights and you remove a lot of the attack surface.

I am running Windows 10 as I said earlier, but I am considering firing up a virtual machine or something using Linux.

I have followed the bouncing ball, and triple checked it and have come up with the following error when I run ‘nosetests’. I even tried the 'python -m nose with the same error.

I have no idea.

Most likely this has to do with the directory being named NAME and windows being case-insensitive? Basically I think you should rename that directory to name, then in the test import name instead of NAME. Try that.

Thanks a million Zed, funny how naming conventions can give you all sorts of errors. You would think it would give you an error when you made the directory in the first place.

At least it worked and I can continue

That’s the problem with those filesystems that aren’t case sensitive. It’d be fine if they threw up an error on this situations, but the nature of them prevents that. 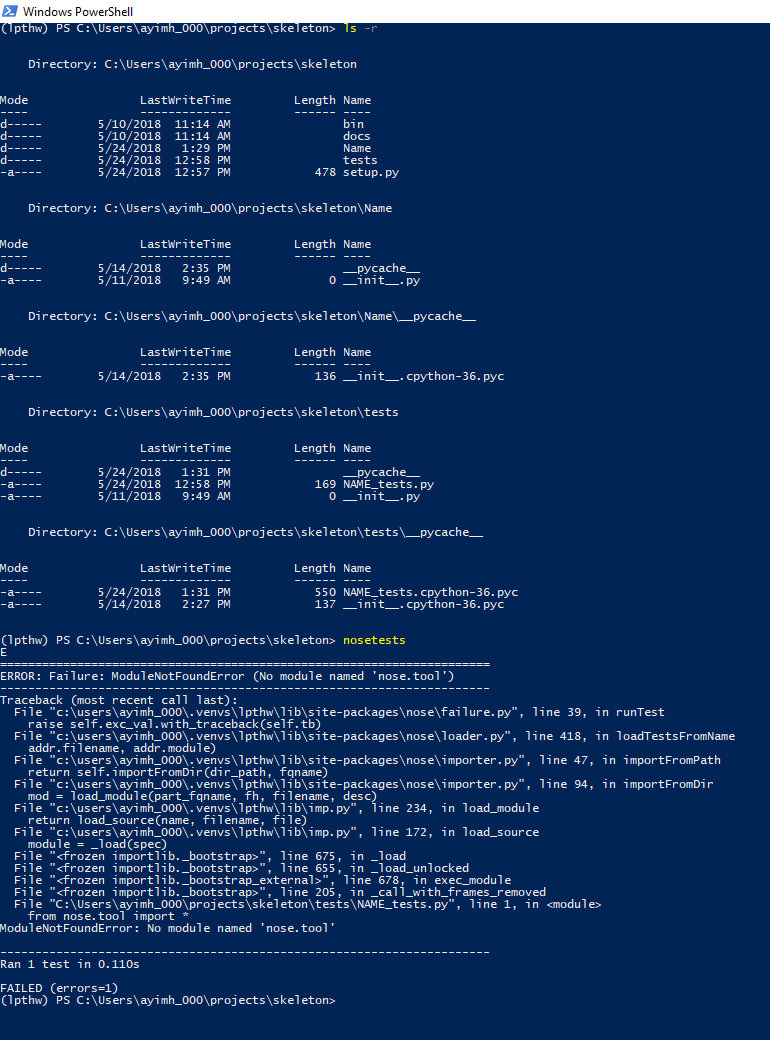 I am getting an error:

Hey mate, go back in and change some name conventions, i.e. everything with ‘Name’ or NAME’ and change it to name, all lowercase. Make sure you go back into the test folder and change your file to

name_tests.cpython.36.pyc and also ensure that the file match.

Notice how your folder is ‘Name’ and your program says ‘name’

Hope I got it right.

Easy @businesscoach : You spelled it:

But it should be:

Thank You! I now have the ability to move forward. Yay!

But, It seems from my observation – it only gives the error when the directory was [NAME] and not [name].
It allows it to compile for script names like NAME_tests.py.

But I believe we should keep it consistent for naming convention sake, right? Even though it compiles without an error for capitalized script names.

Most likely this has to do with the directory being named NAME and windows being case-insensitive? Basically I think you should rename that directory to name , then in the test import name instead of NAME. Try that.

You have to change every place you use NAME to name, if you want to do that. Honestly, I wish Python would just be a little smarter on this.