So for a certificate I am trying to earn, one of the projects is to write an exercise tracking api. So I wrote one with flask. it’s deployed on pythonanywhere here.

For the curious: My code is on github here

I created a simple User Interface to simulate requests that gives feedback to the user. Also I did double duty on form validation by using the html client side validation and doing some of my own on the server side. I think I could refine the server side validation some. Also I’m looking to into making it more secure. Right now, I think it’s pretty basic and not something I would use as a real service. But I’m actually pretty stoked that I did this and hope to include it in my portfolio. I also have to go put in some proper documentation, right now it is pretty bad/ practically non existent.

Hi @zberwaldt nicely done! Coming from the graphic and ux world I have some suggestions to make your nice programm a little bit more comfortable for ordinary users. In fact, with some slight changes in the user flow this app is easily changed in a deployable app for a school or the like.

First I drawed a finite state machine as I learned from @zedshaw . What will the userflow be? 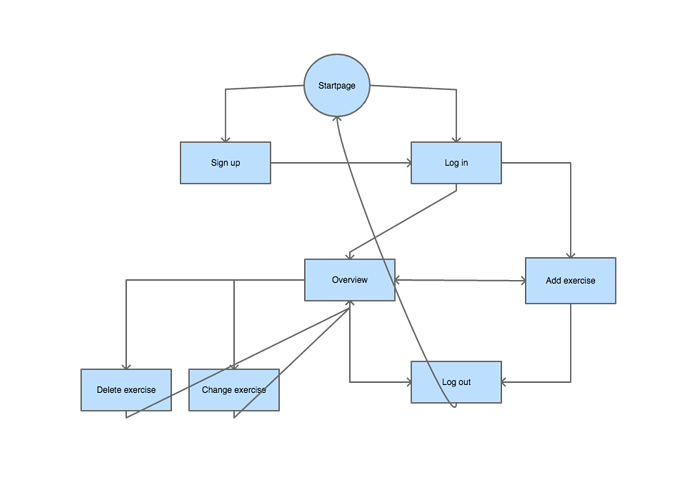 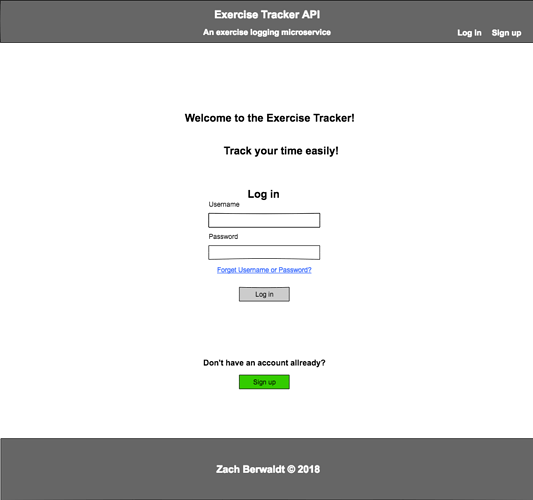 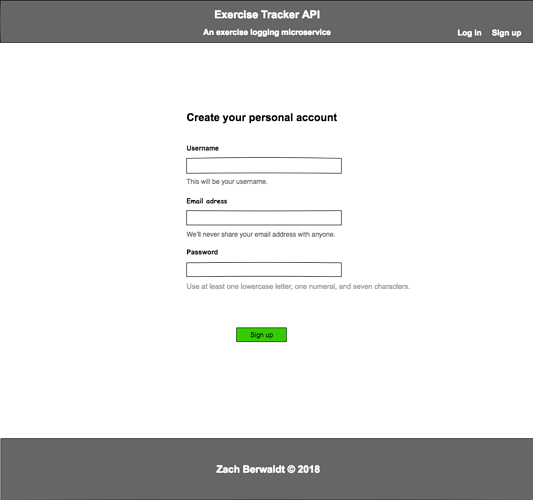 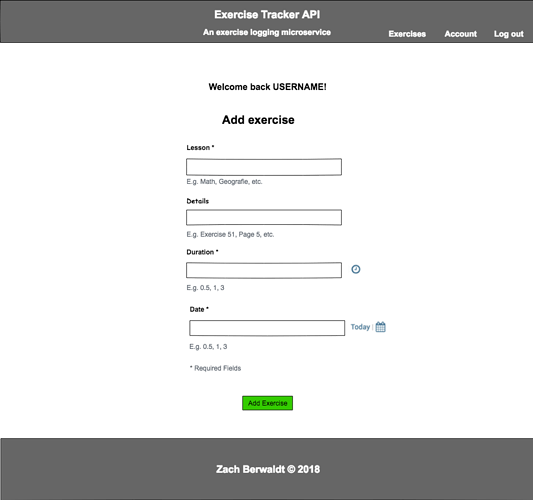 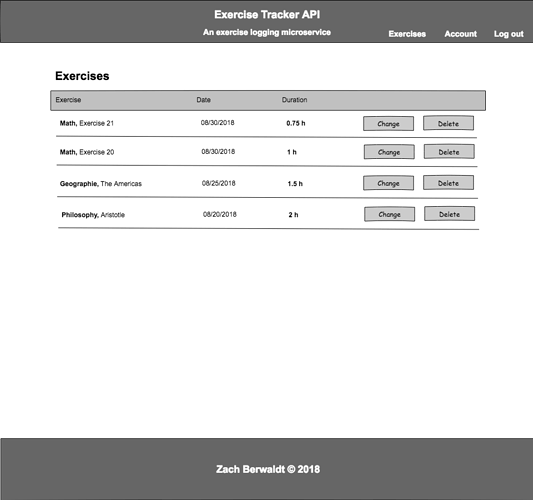 This are only wireframes, no graphic design done.

The most important thing in designing apps for users is to design a workflow for the user that is self explanatory and smooth.

For the log in and register page there is a good code example in the Flask tutorial: http://flask.pocoo.org/docs/1.0/tutorial/

I hope that gives you some ideas on how to further improve your app.

Thanks for the feedback! Originally the project spec was only for developing the back end, which is why I did not really develop much of a front end. It was only a means to interact with the back-end on the most basic level, instead of developing a full CRUD application.

The project was so I can earn a Microservice and API certificate.

But since you’ve brought it up. This is probably a good opportunity for me to get up to speed with Vue, so I can develop a separate front-end that can interface with this back-end. From what I can tell, people develop an application as two separate parts. The front-end as MVVM, like Angular, React, or Vue. Then a back-end in Node, Python, etc. And! the front-end could be another portfolio piece, too.

Rather than developing a web application as a single cohesive unit. I’m probably interpreting that wrong. But that’s what it seems to be to me.

Anyways, Thank you for the feedback. I really appreciate it.

Yes, you can bring it to a hole new level with front-end stuff like Angular or Vue, but most of the time this is not really neccessary. In this case it would be only a matter of some different views and one or two templates more to create a whole new user experience. I think you can distinguish yourself from other folks when you clearly display that you give some thoughts on all aspects of the application. I know that kind of people is really sought after.

DAMN FINE WORK @DidierCH! Then again you are a professional graphic designer so I would expect nothing less.

Thank you @zedshaw!
That is a big compliment!

Simple but often overlooked, don’t forget ‘accessibility for all’. Make sure those fields and flow have accessibility tags for bonus points. 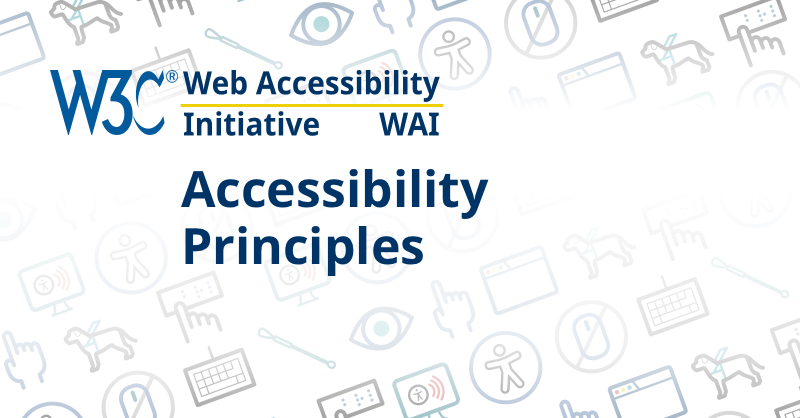 An overview of the fundamental web accessibility requirements for websites, web applications, browsers, and other tools.