So, it looks like I’ve taken a few steps backward. I’m trying to re-familiarize myself with my lexicon.py and parser.py modules, but I can’t import the any of my functions from parser.py. After importing the module, I’ll try to import the peek functions and get this error message in the interpreter:

I’ve even gone in and used the built in globals() function call to make sure it’s in my global namespace:

Sure enough, it’s there. In fact, the only object I’m able to import from the module is the ParserError exception. I’ve made sure there aren’t any improper indentations, misspellings, etc. I also can’t find anything online to help me out with an object having an “unknown location.”

For reference, here’s my directory tree:

Everything except for my app.py module is in the gorthonweb subdirectory. I’m also not sure if this would cause anything, but I’ve actually been storing code in my __init__.py module too. It looks like this:

P.S. I’ve also tried setting my PYTHONPATH and I am aware I misspelled gothon (gorthon), but I’ve been spelling it that way everywhere.

So templates is in gorthonweb also?
If it’s a subdirectory of gorthonweb, check if it has an __init__.py file in it. If it does and you don’t have an __init__.py in the directory of your parser module, you’ll get an error.
So the solution would be to add an __init__.py or delete the one in the templates. You eiter have them everywhere or not.
Check this out: https://python-notes.curiousefficiency.org/en/latest/python_concepts/import_traps.html 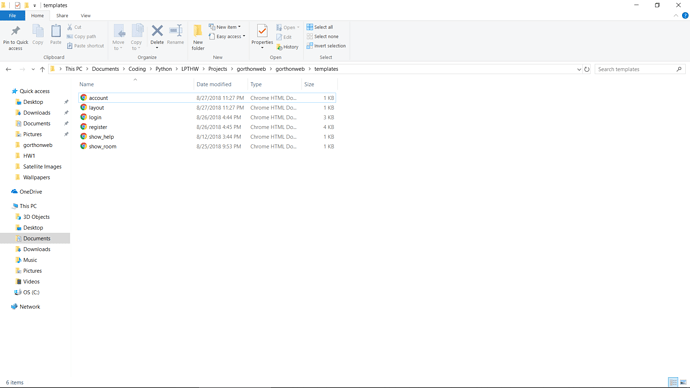 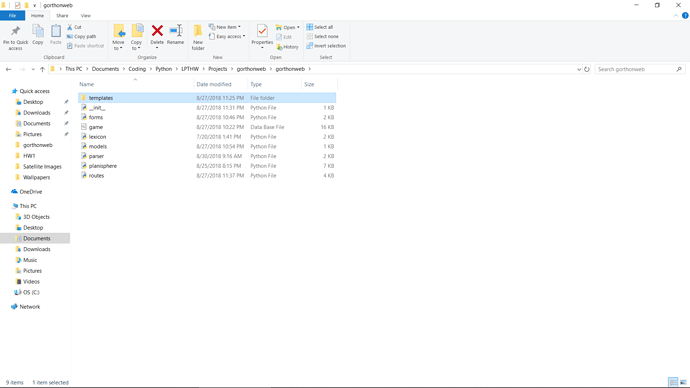 That’s what each directory looks like. I only have an __init__.py file in the gorthonweb directory (where my parser.py module is). Also, I’m able to import everything from my lexicon.py module just fine (which is why I’m very confused). I don’t have one in the root directory, where my app.py module is.

Show me where you do the import of the parser module, exactly how you import “peek” 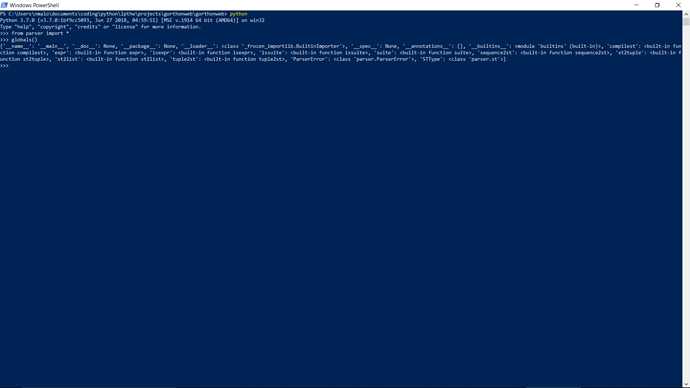 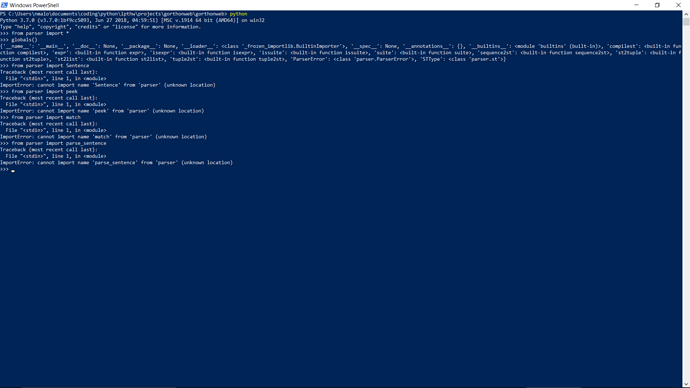 I also forgot to mention the problem isn’t just peek, it’s with everything except for the ParserError class.

Right now I’m doing it in the python interpreter. I also went ahead and tried running it through a script:

It returns this error message when I try to run the script:

Why don’t you do:
import parser as pars
then do: parsed_words = pars.parse_sentence(scanned_words)

Wait… Where is scratch.py located?
Ahhh! I think the name of the module is the problem! Python already has a module parser for sure. Try renaming it.
There must be an issue with script location or Python path in Windows.

It’s located in the same directory as all of the other ones. I just created it temporarily.

And I think that did it! Wow! I guess there’s a naming confliction then with something they included in 3.7. I changed it to analyzer.py and it worked.

Now I have to re-familiarize myself with this. But, at least I can access the objects finally.

No problem, glad you solved it!

Yes! That’s exactly what I was about to say. I totally forgot about that. Python is terrible for not putting builtins into a module.

I think I need to go read up on all the changes made in 3.7. This is now the second problem I’ve had due to the update.

I am still using 3.6 and not planning to change soon. Didn’t even install 3.7

Don’t blame you there.

Yeah it’s good practice to read up in release notes before an upgrade, especially a dot upgrade like .6 to .7

I get along find with 3.7 actually.

hello lm facing a challenge with import error unkown location too
"ImportError: cannot import name ‘GazeTracking’ from ‘gaze_tracking’ (unknown location)"is the messagel get when l run app.py tho gaze tracking is in the same file as ap.py 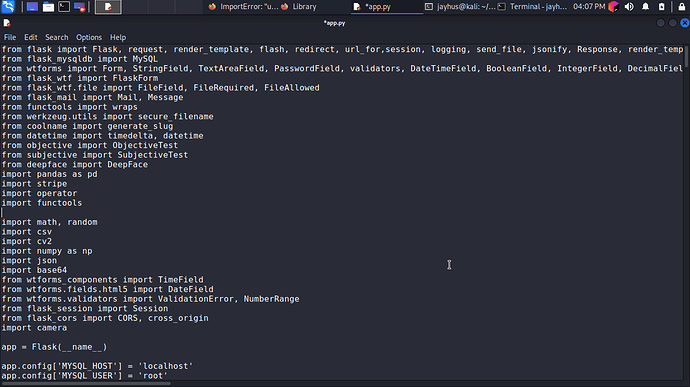