I am going through exercise 52 and was stuck with the ‘add.paths’ function in the ‘Room’ class. I don’t understand the concept of ‘direction’ function either in the planisphere.py ‘room_paths’ about center, west, east and down.
Moreover, I can run the program without issues if I disable the below part -

Kindly explain the significance of the above code. Thanks!

Those functions should be configuring the map, so if they’ve been commented out then I think you missed something.

Do you have your code posted somewhere? It’s probably too much to paste here but I can look if you have it somewhere.

e map, so if they’ve been commented out then I think you missed something.

Please share me your email ID, so that I can send a snippet. Thanks!
I found that without below part, my app.py was not running, and was looking for ‘add_paths’ function.

But the section that I am confused about is the ‘direction’, east-west-down stuff.

Disabling preceding 3 lines, does not make any difference.

Try putting it in here:

Then paste the link. But, you really should try to figure this out on your own for a few more days. The question you should be asking is:

Am I actually running this code?

You can answer that by using print() to log what functions are actually running.

Ok, thanks, I will circle back to you after exhausting my resources discovering logging function.

Do that at the top of your functions and you’ll start to see what’s going on.

https://paste.learnjsthehardway.com/zirozalubu.py I pasted the code on this link.

You may see a “function direction” variable that gets printed as soon as room_paths is called. But after that , there is no sign of “direction” function. Only the “name_room” print() gets printed.

My output on screen -

planisphere.py is in the link while app.py and other html pages are exactly the same as in Ex52.

For Windows CMD, use set instead of export:

For PowerShell, use $env

@Saksham What exactly is your question?

@Saksham I get it now…

You are saying that you define a function called ‘direction’ that is never used. I’ve check the html code for this chapter and there isn’t even this function in the code. What source are you using for this? PDF, HTML, book?

You are saying that you define a function called ‘direction’ that is never used. I’ve check the html code for this chapter and there isn’t even this function in the code. What source are you using for this? PDF, HTML, book?

So, if there is no room_paths class or function, then this test would be irrelevant. 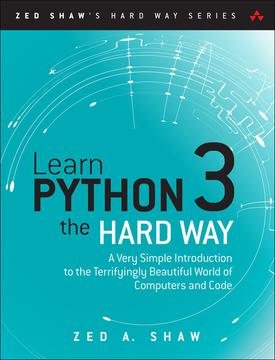 Learn Python 3 the Hard Way: A Very Simple Introduction to the Terrifyingly...

Exercise 52. The Start of Your Web Game We’re coming to the end of the book, and in this exercise I’m going to really challenge you. When you’re done, you’ll … - Selection from Learn Python 3 the Hard Way: A Very Simple Introduction to the...

You should have the follow class and methods/functions with your Text-heavy room instances (note the … means some other stuff like code blocks and arguments):

There is no direction function. add_paths is a method that used in the testing module.

Somewhere you’ve got files mixed up I think. I would delete 99% of the Room instance description text so you can see the structure more clearly.

Alright, that clears my doubt of removing direction function. It must have overlapped somewhere. But, in that case, I should remove the add_paths method from testing module.
Thanks!

No because add paths IS on the code and you need that to ‘add paths’!

Ok thanks, just got confused with the North, West, East and Down directions in the add_paths test.

Take some time to see what is going on here in the tests.

You create an instance of the Room class that includes a name, a description and an empty dictionary called paths.

Your room instance has two methods that can be called on it; ‘go’ - which takes a direction (argument not function) that is a key to return the value in the dictionary. And ‘add-paths’ which just adds to the dictionary.

So when you ‘test_room_paths’ you create an instance of Room (center) with name of ‘Center’ and a description ‘Test room in center.’

This is replicated for north and south. You then add two paths to the ‘Center’ instance dictionary, namely ‘north’ and ‘south’ that correspond to the other instances.

So when you call ‘go’ on the ‘Center’ instance, you give it a ‘direction’ as a key and it should return The value from its dictionary.

So you are asserting (testing) that the value returned from the dictionary matches your expected value - which will be the name of another instance (as this is important later).

Take some time to go back over this. It’s important.

Yes, looks like you got help for this (thanks @gpkesley) but it might help if you built the test in pieces and confirmed it was doing what you think it’s doing. Maybe do just one line of test, then use pdb to walk through it?

be the name of another instance (as th

Thanks a ton @gpkesley for detailed explanation.

Thanks Zed for giving a direction, yeah i will play with this for a while.