My inspiration for long projects

Whenever I get discouraged by a large project, I like to think about Dwarf Fortress, which is made by a pair of brothers intent on making a procedurally-generated game complete with randomized mythos, magic, alliances, etc. Quite an amazing feat. The project has been going since at least 2006, and this is their current dev log. I dunno, for me it helps to see something like this where the developers recognize the absurd scope of their goal and break it into pieces, working towards it bit by bit.

Wow, that’s perseverance. I admire that. Cool thing, though.

Dwarf Fortress has been in development on-and-off since 2002 and consistently since 2006.

You should read the commit messages for that project. They’re great: 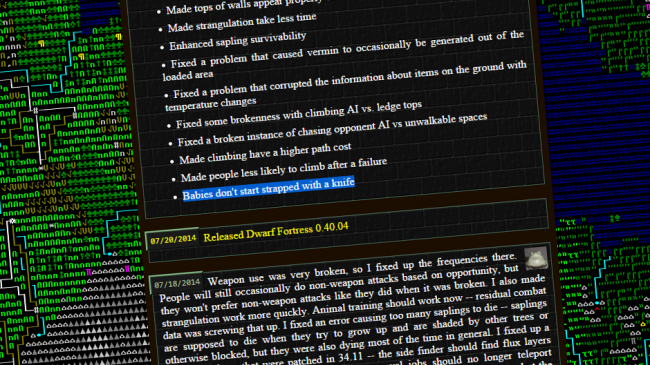 The most ridiculous patch notes from 10 years of Dwarf Fortress