i hit that in my terminal to see what it does. now i am wondering if it changes the original files, like it said, ‘it cuts the part of lines from the files’. so i am afraid if i have done any damage to my original files. do those parts get permently deleted from them? if so what shall i do to restore back in their own place?

the ss of the output on my terminal is attached here for the reference.

please explain what did i just do with that command. thank you. 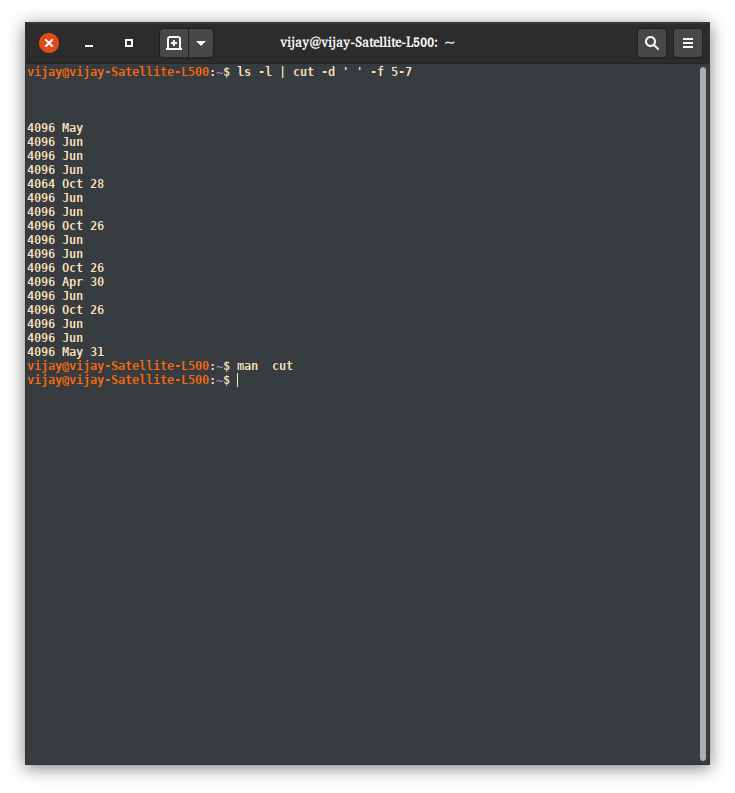 Don’t worry. cut doesn’t change any files on its own.

The command you typed has two, actually, three parts.

If you wanted cut to change files you’d have to redirect its output into one.

@florian has the right idea but missed on what cut actually does.

The text from ls is basically like a terrible Excel table. Cut just lets you cut columns out of the table by saying what delimits (-d) the column, and what field (-f) you want.

That’s it. It’s for cutting columns out of output data.

Yeah, I thought the question was about the input output thing. Now the magic trick is revealed…

thank you @florian and @zedshaw, that was helpful and comforting! i was kind of little worried.
also,
i should have broken the command before and after the pipe and tried executing. now i am aware and tried that too! interestingly that seems way more clearer now